Anyone that loves action movies has certainly hear of Conan, the iconic barbarian that did whatever it took to protect his tribe. The emblematic movie is now brought in the video game environment by Age of Conan: Unchained, an online game that allows you to explore the world of Hyboria any way you want.

This MMORPG brings us the ability to create any character we want and engage in numerous quests all over the world. You will have the opportunity to choose from a large number of different races and classes, something that adds a lot of variety and replayability to the game. The story behind Age of Conan: Unchained is quite interesting, and it’s tightly locked with the way you access regions. 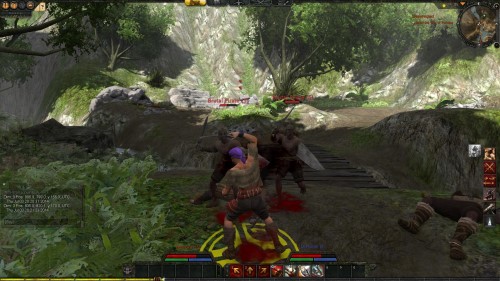 From a graphical standpoint Age of Conan: Unchained is top notch and one of the best MMORPG games of 2014. It provides you with the highest quality you can find in an MMO from a visual standpoint, and that says a lot. The locations are beautifully created, the characters have realistic animations and everything looks exactly as you would expect: stunning.

The gameplay is very immersive, because, unlike most MMORPG games that can be found on the market, this one allows you to select the direction you want to hit, thus making the combat a lot more immersive and unique. The enemies will defend when you attack, so each battle will require some tactics, involving the player into making decisions. Multiple attacks can add up in combos which results in devastative blows intended to destroy the defenses of an opponent. Since there are lots of dungeons to explore in the game, where you can find teams of enemies, you will need to strategize each fight, something that simply brings a lot of charm to the game, and which will surely appeal to players that want an MMO with a tactical approach. The lack of automatic combat is a plus in our books, as it involves the gamer a lot more in the experience.

The soundtrack is action packed and full of amazing moments which surely make the game even more enticing. In the end, it successfully manages to create a barbaric, ruthless atmosphere that you will surely enjoy. 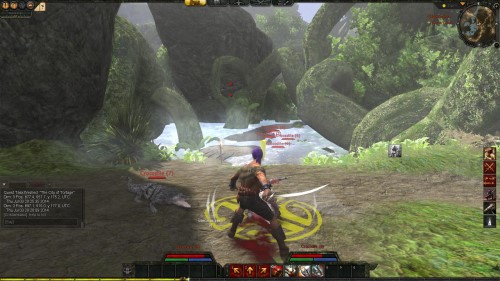 You have the opportunity to choose from 12 different classes and each one plays differently. Be it as a mage, rogue, soldier or priest you will simple have a lot of fun when it comes to killing enemies, exploring the land and solving quests.

When it comes to an MMO the interface is crucial, as some tend to have it very cluttered. Fortunately, this is not the case here, as Age of Conan: Unchained comes with an interface that brings you the helpful tips on the left side, the stances, mini-map and quest related info on the right side. Switching to and from the inventory is made with ease and assigning skills to the character involves only the drag and drop mechanic.

In summary, Age of Conan: Unchained brings mature content and a great package that includes gore, violence and a lot of fun. The combat system is very engaging and rewarding as well, and there are a plethora of quests to choose from, not to mention the fact that Age of Conan: Unchained has a lot of replayability due o the high number of classes. Our recommendation is that you download and try the game right now. The download size is around 20 GB, but the game is free to play and trust us, it’s well worth the wait.

One thought on “Age of Conan Review”