Aura Kingdom is one of those games that have a clear inclination and appeal. Belonging to the anime genre, this type of game is surely an amazing statement made by people that clearly love this genre and want to share their feelings and passion with the other anime lovers out there. The game brings a unique style and a fun gameplay that will keep you hooked to your screen for hours and hours.

The game is free to play and you can choose one of the characters that have mystical abilities provided by a powerful cube called Gaia. You can have companions and warrior pets in battle, which surely makes the game a complete MMO. The graphic style is something that most people will surely recognize from the start as being very interesting and unique. 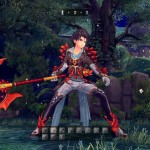 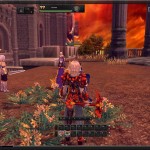 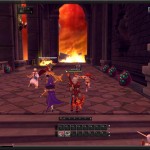 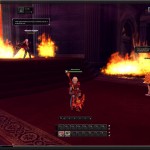 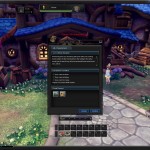 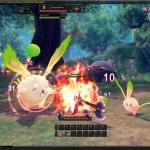 This is a much more mature anime game that lets the cute characters aside and instead it brings a much more intense and interesting game world suitable for the older anime lovers. However, don’t be fooled, as players of all ages will have lots of fun playing the game.

Unfortunately, the game doesn’t to that much to stand out of the crowd with other things, as it brings a very generic formula to the table. Grinding is one of the most important elements in the game, and there’s a fair amount of loot that will keep you playing, but the main characteristics still remain the aesthetical side of Aura Kingdom.

The music in this game is fairly interesting, although it will remind you of games like Final Fantasy, and it’s most of the time generic, yet very well suited for the game theme. You get your first mount in the game at level 7, which is much earlier than you might expect in this type of game.

As I said earlier, the game clearly brings a lot of polish and it’s safe to say that it provides one of the best MMO anime experiences that you can find on the market. It’s very fun to play and after all that’s everything it matters. The interface is a little lighter than you might expect from an MMO, yet it still drives all the necessary information to the table, which is surely impressive. It’s safe to say that Aura Kingdom does offer all the necessary tools to make your experience a worthwhile one. Having a stripped down interface that still brings all the necessary info surely makes the whole experience a lot more personal and rewarding.

In conclusion, Aura Kingdom might seem to be a niche title, suitable for anime lovers, but in the end anyone can have a great time with it, as long as you can get past some technical problems and the lack of too much innovation in the game. Other than that, you will have a very unique and interesting experience while playing Aura Kingdom, something that you will surely want to repeat as often as possible.
8/10