Drakensang Online is a free to play browser-based MMORPG by Bigpoint. Released in 2011, the game has grown to the point that it has over 17 million registered users. Available in over a dozen languages, DO will undoubtedly be one of the most popular MMOs of 2014. 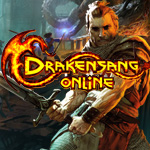 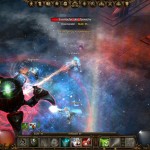 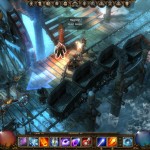 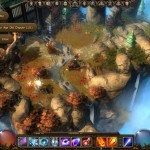 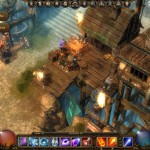 While it cannot be compared with client-based games, Drakensang Online’s 3D graphics are surprisingly good for a browser game. It was built using the Nebula 3 Engine. The world looks lush and detailed with many different locations that are seamless. The spell effects and skill animations are very well done. The user interface looks pretty clean and uncluttered which is a big plus for new players.

On the flip side there isn’t much character customization available.

In Drakensang Online all player characters are human but there are three classes: Spellweaver (high damage magic user), Dragonknight (melee class) and Ranger (range and melee fighter). These three types of characters fulfill three main roles. The Spellweaver does the most damage to enemies but is weak in close combat. The Dragonknight is the tank class that can absorb a lot of damage. The Ranger is a flexible type of fighter that function as a melee fighter or ranged combatant.

PvE: Drakensang Online is an action RPG so combat is always fast and exciting. Players have to be very active in manually aiming attacks and using their skills. Enemies can come at you from all sides using both melee and ranged attacks so avoiding damage means keeping an eye on the every enemy on the battlefield. Terrain also plays a role in combat. For example, rangers can climb cliffs to rain down attacks on their enemies.

PvP: There are four different types of arena PvP available – 1-vs-1 duels, 3-vs-3 death matches, 5-vs-5 capture the flag, and 6-vs-6 storm the fortress games. All who participate receive Badges of Honor which they can use to buy items from the Battlemaster or spend on their Fame Tree which increases combat skills. The number of badges received is based on the player’s stats in the arena game such as number of kills, amount of damage dealt, number of deaths, useful actions (capturing the flag, stunning enemies, etc.) and so forth.

Drakensang Online also has the usual pets, mounts, guilds and crafting that is common in MMO games. Crafting helps players get items of a higher value. For example, if players have 4 items of the same rarity they can combine them. This results in an item which is one tier higher with better stats.

As far as free to play MMORPGs go, Drakensang Online is one of the best MMORPGs of 2014. It’s free, fun and has a great community of players. Since its release two years ago it has added tons of great content including new PvP modes, skills, items, areas, quests, pets, crafting, teleportation, etc. With more than 17 million users, this is one game that is popular and is sure to be a big hit in 2014.

For more great games visit the official Best MMORPG 2014 list on our homepage.

One thought on “Drakensang Online Review”