Forsaken World may look like just another free to play MMO at first glance but the game’s wonderful graphics, unique PVP system, and incredible amount of customization will keep players coming back for more.

The story of Forsaken World is extremely detailed and it can take some time to learn it all. For players that love the story of an MMO, Forsaken World delivers. Its main story arc centers on gods, wars, and other typical MMO issues. While the story is not entirely unique and it will certainly blow anyone away, it is still very solid. The sheer amount of detail in the story makes it all worthwhile. It truly helps a player teleport into the world of Eyrda and live through the character they create.

One of the most popular features of any MMO is the character creation. Forsaken World does a great job at giving its players a wealth of options to choose from. This allows everyone to create a character that truly reflects their personality and style. When the character creation process begins, players will have the option of choosing to become one of the five races: Dwarves, Humans, Elves, Kindred, and Stonemen. Each race has special abilities and talents, so players should, always read through the summaries before choosing one. After choosing a race, the player must select one of the 9 different classes: Assassin, Bard, Mage, Warrior, Marksman, Priest, Protector, Vampire, and Lycan. Players will then be able to customize the looks of their character to their liking. Every MMO fan should find something that they enjoy in the character creation of Forsaken World. 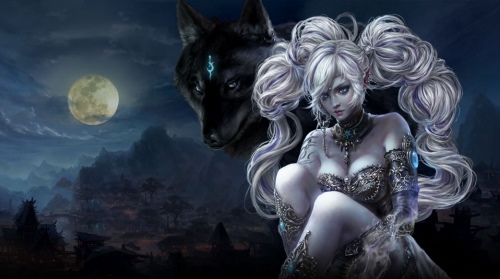 This MMO looks fantastic. While its graphics are not superb and the textures are not perfect, Forsaken World still looks incredible. With its rich colors and detailed landscapes, it truly is a beautiful game. While this does not necessarily effect gameplay, it does affect the way the game feels. The game can look dark and sinister when it needs to, but it can also look happy and open at times as well. It is also much more enjoyable to roam around a world that looks good. When it comes to graphics, Forsaken World does not disappoint its members. As for sound, it is also done extremely well. The music in the game is some of the best music in an MMO to date. It helps set the mood of the coming quest and it can really get the player invested into a battle. The visuals and audio of Forsaken World are some of its best features and everyone that plays the game will surely enjoy them.

The quests of Forsaken world are very similar to all of the other titles available. They will obviously be compared to other successful MMOs, like World of Warcraft. These quests will consist of a lot of grinding and performing menial tasks for NPCs. Certain missions will send you deep in the forest looking for an item, while others will have you destroy a set amount of enemies. Of course, these missions can still be a lot of fun, but they will get old after a while. Forsaken World, however, does do a good job at providing new content to keep players interested. If a certain player feels that they are fighting too many of the same character and doing too many of the same style of quests, this is usually when the game will throw something new at them. Whether it be a different style of dungeon, a raid, or simply a new territory all depends on where the player is in the game. 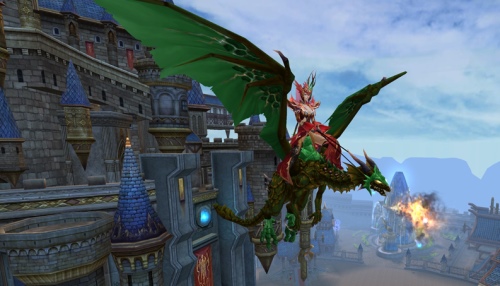 The pet system in Forsaken World is a great companion system so that players can always have a bit of help defeating evil in the world of Eyrda. Players are able to have multiple pets and can spend time leveling them up. Pets can help with combat and they will even buff a player’s character. There are numerous different styles of pets available, all with their own unique abilities. There are wolves, gryphons, turtles, rams, and so many more pets to choose from. Pets can be healed with special potions designed for them and they must also be fed periodically throughout the game, so this can become frustrating, but it is not a huge issue. They are a great addition to this MMO and they add a new level of gameplay.

Another unique feature in Forsaken World is its use of occupations. The occupation system is essentially a different take on the crafting system. The player will spend time in the game specializing in numerous different professions. To help earn perks and specialize the occupations, the player must earn job points by completing various quests throughout the game. In order to spend these job points, players are forced to find a trainer for the occupation they wish to learn. While players can learn numerous occupations, they cannot learn them all. It is important to choose wisely when selecting jobs. This is a fun system, but it can also become quite tedious. When the player has eventually leveled up the occupation enough, it can actually become very useful in the game. It is important to spend some time becoming familiar with each occupation if the player wishes to do well during higher level quests. 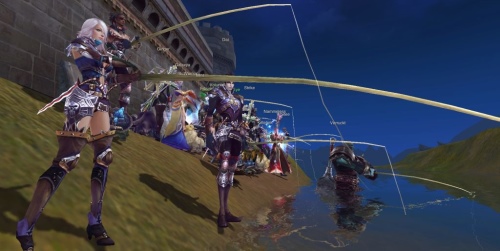 The reputation system in Forsaken World does not necessarily affect gameplay, but it does provide players with medals. These medals can then be used to purchase faction specific items and mounts. To gain reputation, the player must simply do as many quests, events, and dungeons as possible. Depending on the player’s race, there will be three factions they can join: the Lionheart Champions, the Union of Woods, and The Sanguine Circle. The Lionheart Champions consist of Humans and Dwarves, while the Union of Woods consists of Elves and Stonemen. The Sanguine Circle is specifically for the Kindred. These factions each have specific items and mounts that they player can purchase using their medals, as long as they are in that specific faction.

One great feature for players is the use of prayer. Once every hour, players are able to pray to the gods and receive special bonuses. Praying only takes a few seconds and it is very beneficial for the player’s character. When a player prays, they will receive buffs for certain skills, experience, and on occasion they may receive rare items. This is extremely easy to do and it is a great way to earn experience.

The events in Forsaken World are exciting and offer a nice break from normal quests. There are currently daily events, weekly events, and other special events that come into the game periodically. The events are not fantastic by any means and in fact they are quite similar to other MMOs, but they are still fun and offer players a new activity in the game. In addition to that, they are a great way to obtain good items and a lot of experience. 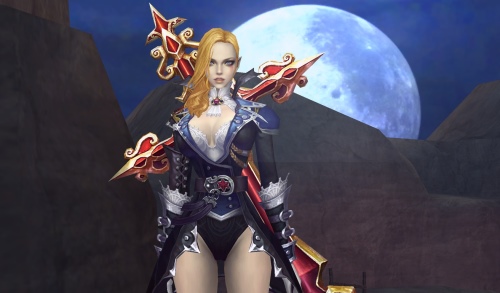 When playing on a PVP server, open world PVP is activated as soon as the player reaches level 30. At this point, the player can attack enemy players and can also be attacked by them. This can happen anywhere on the map, except for safe zones. Safe zones are almost always outposts and they are also located in teleporters. The open world PVP adds an entire new level of gameplay and it is quite exciting. The main issue with it is that it is not very welcoming to newcomers. It may take some time before the player can truly hold their own out in the world. Once level 30 is reached, the player will receive a new skill called Wrath Awaken. This new skill enhances the damage done to other players, so this encourages people to battle one another and it also helps new level 30 players fight back. In addition to open world PVP, there are duels, guild wars, and even an arena system. All of this content helps this game last for quite a long time. Any fan of MMO PVP should feel right at home in Forsaken World.

All in all, Forsaken World is a great free to play MMO, though it has its flaws. It can get quite repetitive and it is hard for new players to jump into the action, but with a little time and perseverance, this game can be a favorite for many. It has a detailed world and history, it offers an incredible amount of customization, the graphics are wonderful, and there is a great amount of content. For no cost at all, players can jump into Forsaken World and experience a truly fun MMO.