MMORPG games are one of those genres where it can be quite hard to innovate. Most of the games we can find in this category seem to belong to the fantasy genre and offer similar experiences. That’s why not many of them survive in the long run. And while Last Chaos is surely a game that belongs to the fantasy genre, it has been around since 2006 and continually improved on its original formula up to this day. 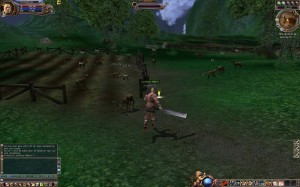 Last Chaos brings a very interesting story about a person that wants to stop the never ending battles between humans and gods. You start the game with virtually nothing and with the help of numerous quests and a fun gameplay you will be able to get some amazing gear that will allow you to battle numerous monsters you can find in the world.

The game is a complete MMORPG in the sense that is brings you elements such as crafting, total exploration as well as a plethora of quests that you do need to solve if you want to level up fast. In addition, you will even be able to get your own pet which can be used in battles.

Last Chaos comes with a solid PVP experience and numerous opportunities which allow you to sink hundreds and even thousands of hours into it. It’s our pleasure to say that the game is updated very frequently, even if it’s currently one of the oldest MMOs on the market. It lasted so long on the market because it brings a lot of value and content, something that all gamers are looking for when playing an online–only game. 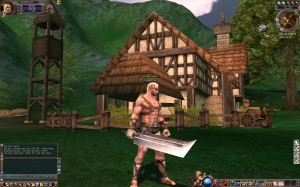 One of the main attractions for the game is surely the level cap. It’s quite hard to see an online game nowadays that allows you to grow your character for more than 100 levels. This however brings a lot of attachment to your character as you will accompany him through lots of perils, unique adventures and impressive landscapes.

The graphics of Last Chaos are exactly what you would expect for a game that was released back in 2006. They look old but recent updates managed to solve some of the graphical problems and made it a really enjoyable game. While it’s hard to compare it with newer games that are graphically impressive, Last Chaos still holds up and brings average graphics. Sounds are quite realistic and you will spend a lot of time listening to the awesome background tunes and sword fights. 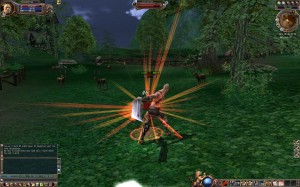 From a gameplay standpoint Last Chaos really shines, as we had a blast killing enemies and fighting atrocious monsters. You can get hundreds of hours out of it, and you won’t get bored, as the game brings great animations, fun combat and numerous challenges.

In conclusion, Last Chaos is one of those games that bring an amazing value to the table and which lasted so long on the market because of their high quality and reputation they created around the product. With numerous quests, fun gameplay and a myriad of things to do, Last Chaos is much recommended for new and old gamers alike, as long as the average graphics are not bothering them.