Neverwinter Nights was a stellar game when it came out a few decades ago and it brought one of the most impressive experiences in an RPG for a very long time. That’s why people always hoped they could get their hands on an MMO version of the game and in the end, they received the Neverwinter title. 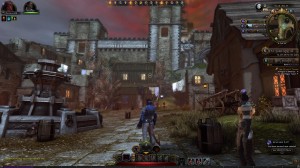 Neverwinter is a diamond in the rough, one of those few MMOs that have the option to improve on an already stellar game. Right after you enter the game you can clearly see the shear amount of detail placed into each corner of the game world and how much passion went into creating it.

The main story of the game relies on the typical good vs bad idea, with numerous hellish forces trying to invade Neverwinter. However, you won’t have the time to follow the main story’s progression as there will be numerous side-quests that you will try to complete at all times. This makes the game world a vivid place where a lot of things happen and in which you do feel that you mean something. This sense of progression and being a part of the world is surely impressive and very few games actually bring it into the overall experience. 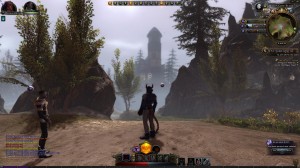 From a graphical perspective the game is absolutely shining. You can travel through various regions in the game world, each one with its own theme. You will go through dungeons, mountains, battlefields, marshes, caverns and just about any place you might want to encounter in an RPG. All of these are very detailed and colorful, yet still very realistic, which surely enrich the overall experience. You’ll surely stop from time to time to take a look at the impressive amount of details that were put into the game world.

The gameplay is one of the shining stars in the game. You have 9 races to choose from, each one having 7 different classes. There’s a lot of variety right from the start and it’s safe to say that each race and class plays differently, so even if you do manage to get your character to level 60, you can surely create a new character and enjoy the same story in a different way. The combat is really impressive and suitable to the Dungeons and Dragons theme. Mages are engaging in ranged combat while the tank is right in the midst of battle, offering some impressive moments. The gameplay overall seems to make us think that Neverwinter is more of an action-RPG than an MMO, as it surely brings an experience similar to Skyrim, Risen and other games in that genre. 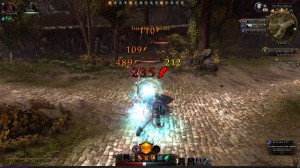 From a social standpoint the game is very interesting, as you can easily join up with others and create parties in order to battle foes a lot easier. However, you don’t have to do this, as you can easily finish the campaign on your own. Once you get to level 60 though, there aren’t that many things to do, so it would be great if Perfect World, the game’s developers would add some more end-game content.

Neverwinter brings a polished, appealing MMO experience that will surely make you want more and more. It’s one of those games in which you can surely sink hundreds of hours without noticing the time passing by. Neverwinter is not a game for casual gamers, it’s one suitable for people that know how to play an RPG and which want a very appealing story. With lots of explosive moments, amazing sceneries and a plethora of character development options, Neverwinter is one of the best MMOs you can find on the market nowadays and we recommend that you give it a try right now.
9.7/10