Runes of Magic is a free to play MMO that is worth playing. Its reputation system, secondary class feature, and changing regions are great ideas that give it a fresh feel, while still retaining the classic MMO style everyone has come to love. RoM gives its player base an incredible amount of content without having to pay a dime.

The World of RoM

Players are immediately thrown into the world of Taborea. The story is quite simple and it is extremely easy to get into. Players create their own adventurer and then are on the search for gold and glory in the dangerous regions of Taborea. It is the classic good vs. evil story that is divided in to five chapters. Each chapter from Chapter One: The Rise of the Demon Lord to the Chapter Five: Fires of Shadowforge, represents a new story as well as a massive content update. 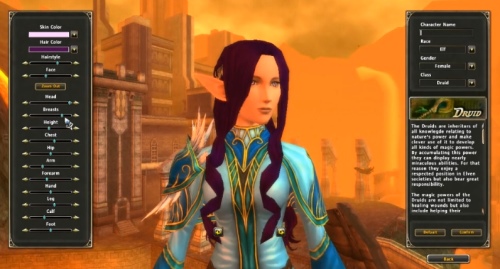 Character creation is important to most MMO fans and Runes of Magic does not disappoint in this area. It gives you a wide range of style choices so that everyone can have their hero looking exactly how they imagine them. In fact, it may have one of the most customizable avatar creators out there. When it comes to character classes, Runes of Magic delivers again. There are currently 3 races: Dwarf, Elf, and Human. After choosing your race, will have access to 10 different classes, though some of them are race specific: Warrior, Rogue, Scout, Mage, Priests, Knight (Human only), Druid (Elf only), Warden (Elf only), Champion (Dwarf only), and Warlock (Dwarf only). The character classes allow every style of player to craft a hero that works perfectly for them. There will be something for everyone.

This is where Runes of Magic falls somewhat flat. While the graphics are pretty good, they aren’t really special either. For players that do not care too much about the graphics of a game, this flaw is easy to overlook since RoM does have many merits such as its excellent character customization and its varied landscapes or regions.

One fantastic feature in Runes of Magic is its use of regions. When you are traveling throughout the world, you will come across many different lands, each with its own characteristics and enemies. This makes traveling much more exciting and it gives the player many things to explore. Other MMOs will have players running through forests that look incredibly similar to one another, but with Runes of Magic, players will never know where their journeys will take them. 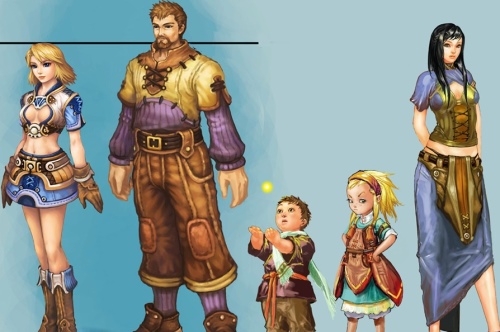 This is where Runes of Magic really shines. There is an incredible amount of content for players and it guarantees that you will always have something else to do. There are multiple enemy types, bosses, and mission styles that you will get to experience. Runes of Magic does a great job at pacing its quests. Some missions will be fairly easy and may not even require the player to fight any opponents, while others will force the player to fight countless enemies and a difficult boss. Because of this, the player will never know what is going to happen next. The only issue with the quests is the direction. Sometimes, they can seem scattered and it will be difficult to find the next destination, but with the amount of excellent content that is given, there is no reason to complain.

Player housing is very prominent in Runes of Magic and it gives players another thing to make their own. Each player will have access to his/her own player home and can customize it to their liking. The detail in the homes is quite surprising and every home can be unique in its own way. For players that love customization, this will be right up their alley. 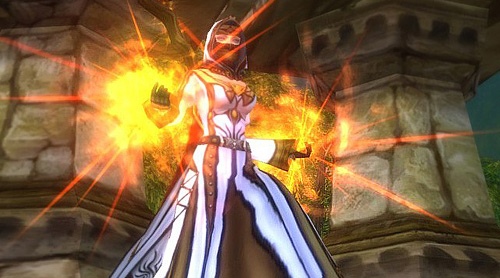 As with most MMOs, Runes of Magic devotes a lot of time to its intense PVP scene. There is open world PVP as well as other methods of battling your fellow players. For the most part, it is very similar to other games, but there is one aspect of it that truly makes it stand out. There is a reputation system for each player in the game. By killing their fellow players, they will eventually earn a bad reputation. When a player has a bad reputation, there are some disadvantages like dropping more or their equipment when someone else kills them, but they will also do more damage. Players can earn a good reputation by simply waiting, killing other players with a bad reputation, or destroying monsters that are 5 levels above them.

One of the game’s most popular feature is its extensive crafting system. Characters in Runes of Magic can learn nine different professions. The basic gathering skills are Herbalism, Mining and Woodcutting. These three skills are the foundation of the profession system since you cannot craft without first gathering raw materials. Once the player has sufficient materials then the crafting skills of Alchemy, Armorcrafting, Carpentry, Cooking, Tailoring and Weaponcrafting can be used to create useful items such as armor, weapons, food and clothing. 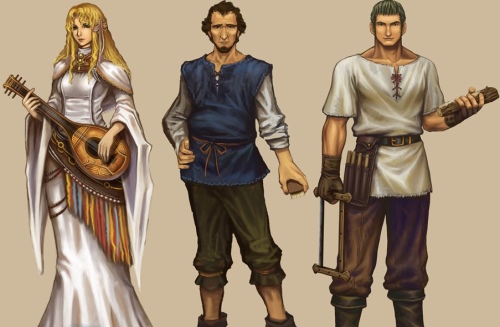 All in all, this is a very solid MMO. It is definitely a fun play and it gives you days’ worth of content, so it is at least worth a try. The graphics are reasonably good though not exceptional. For anyone that wants an MMO that will take a long time to complete with great customization, this is a great option.