Shaiya Online is a 3D fantasy MMORPG that brings some unique game modes and features to the table. With all of the free to play MMOs available, it can be hard to choose which ones to invest time in. If you have a bit of free time and you are looking for an adult themed MMO that offers an intense PvP experience, this could be the game for you. 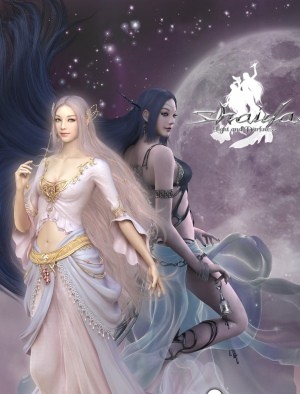 Shaiya Online has a typical MMO story, but players can appreciate the detail that has been put into it. While it does have a detailed account of its history and explains why certain events have happened, the story does seem a bit rushed in some areas. There is nothing incredibly new offered in Shaiya Online. Essentially, Humans are at war with terrible beasts that roam the land. This is where your character comes in. You are attempting to help save the world of Humans from the threat of evil creatures. While it is nothing special, it is always fun to battle horrible monsters.

The way Shaiya Online truly sets itself apart from everyone else is its use of difficulty options. When a player begins the game, they are able to choose to play through it normally or they can opt to play through Ultimate mode.

When a player selects a normal difficulty, they play the game as they would any other. In no way is this easy, but you can always respawn and continue with your character. In Ultimate mode, characters are given one life and one life only. If a player is killed their account is immediately deleted and there is no way to return to the game with that character.

This adds a whole new dynamic to the game and it has drawn in hardcore gamers all over the world. It should go without saying, but this mode is not for the casual player. It is extremely difficult and the fact that so many intense players roam it makes it even more challenging. Shaiya Online is known as a difficult game in general, especially when one looks at the PVP that is offered, but Ultimate mode takes it to an entirely new level.

Shaiya Online is more focused on combat and PVP than it is with customization and character creation. While players can certainly equip new armor and change the overall look of their character, it is not a large part of the game. The character creation process is extremely quick, as players only have a few options to choose from. Players are able to change the hair, race, and height of their character. They are also given the option to choose from multiple facial features. While it could certainly be better, there are at least a few options to choose from. That being said, it is certainly not a game for players that enjoy a large amount of customization. 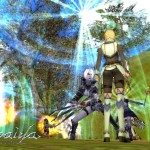 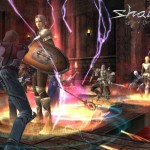 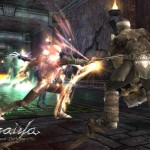 The class and race system in Shaiya Online is slightly different than other MMOs. Each race has its very own classes for the player to choose from. At the moment, there are four different races, each with their own special traits: Humans, Elves, Vail, and Nordein. The Humans can be a Defender, a Fighter, or a Priest and the Elves can be an Archer, a Mage, or a Ranger. The Vail are able to be an Assassin, an Oracle, or a Pagan and Nordeins can become a Guardian, a Hunter, or a Warrior. Players must be very cautious in choosing their race or class as it heavily determines how the game is played. Each class has its own specific style. This is even more important in Ultimate mode, seeing as players will only have one life.

Because Shaiya Online is so focused on PVP, it is important to become familiar with the combat system early on. There is a steep learning curve for all new players. In its simplest form, the combat system is a mixture of pointing and clicking, but, as any veteran MMO already knows, there is so much more to it.

There are multiple abilities a player can learn and apply to hotkeys. These abilities are the main way to gain the upper hand in a battle and are extremely useful. This game also utilizes a dodge feature. Players can either backflip or sidestep out of the way, as long as they timed the move correctly.

The combat also changes slightly depending on whether the player is versing NPC monsters or a real player from another faction. For NPCs, there is a color system that will show the player whether the monster is a lower level, the same level, or a higher level than them. The player can then attack them and fight normally.

In a PVP situation, the screen will begin pulsing red and the enemy player will also be shown in red. Players from different factions cannot talk to one another unless they possess a certain skill, but even then it is limited. In most cases, both players will be forced to fight to the death if they encounter one another.

Blessing of the Goddess

One unique feature in the game is the use of Blessing of Goddess. If a player slays any enemy from another faction or if they destroy an enemy’s relic, they will be rewarded with points for the Godess’s Blessing. The blessing does not just apply to one character. When the blessing occurs, it is for every player in that faction and it rewards them with a multitude of bonuses. It rewards players of that faction with increased attack power, an increase in health, reduced cool down times, and so much more. This Blessing offers a new way to play the game and it is great for developing strategies. This aspect of the game really helps it have a strategy feel, rather than just upgrading equipment and slashing enemies to death.

As with all other MMOs, Shaiya Online has numerous raids and bosses. These features are typically completed with other players, sometimes up to 30 other characters. They are notoriously difficult and can take some time to finish. Raids can pit players against massive dragons or terrible demons. Adventures like these can really help break up the normal routine of the game and they are quite fun. They are specifically designed for players that enjoy a challenge and are more geared towards higher level characters.

There is a large guild system in Shaiya Online. Most MMOs have a large guild system that is similar, but because PVP is so difficult and demanding, it makes joining a guild a much more tempting offer. For players that attempt to play this game solo, they will have an incredibly difficult time. It seems that eventually, all players must join some form of guild or be destroyed. Joining and creating a guild are both very simply, so every player can do it.

Another unique factor of Shaiya Online is that it is rated 18+. It is labeled as an adult themed game because it does have some nudity and explicit scenes. It is also rated 18+ because it has a large amount of violence and blood. This creates a unique community environment, seeing as teenagers and younger players will not be roaming the land. This is perfect for players that want an MMO based solely for adults. The community will also be slightly friendlier, seeing as the younger players will not be there to harass newcomers to the game. Of course, there will always be rude players, but there just seem to be less in Shaiya Online.

This is where Shaiya Online really comes to life. Its PVP system has numerous amazing qualities, but it also has quite a few downsides. The PVP scene is extremely exciting and fun, but it is harsh to newcomers.

Players are able to challenge members of their own factions, but this type of PVP combat is seen as practice. The real enemy lies in the three different battlefields. The battlefields are all similar, but they are divided up according to level. This helps new players come along in the world, but it will not stop them from dying over and over again. Overall, the PVP is intense, but it is very rewarding.

It will take a new player quite a while to begin playing well and they will have to die often, but it is very rewarding in the end. For players in Ultimate mode, PVP is harsh and there is no room for mistakes. Players are advised to skip Ultimate mode until they have successfully played in normal mode for quite some time.

Shaiya Online has its faults and it feels similar to other MMOs, but it has multiple features that make it worthwhile. Its use of Ultimate mode is also great for players wanting something a bit more challenging. This game is not for the lighthearted, as it is very challenging and it takes many months to master. For players that are looking for a difficult adult themed game, this is an excellent option.